John-Anthony dropped off his 1935 Bacon & Day Silver Bell plectrum banjo for peg fitting and an ebony buff.  John is a true trade musician, performing swing music of 1920s and 1930s on a period instrument.  Solo.

A mid-19th century Mirecourt violin made the table.  In a box.  In six or seven pieces.  We may get it back together without forgetting any of the parts.

More USA-made Juzek tools are en route.  A cello peg hole reamer and peg shaver.  We’ll be ready for the next onslaught of performing arts high school cellos.  Five sound posts, eight bridges, and all two dozen of the instruments seem to have something wrong with the pegs.

Fresh hide glue, alignment and clamping, a bit of planing and scraping, the occasional epoxy wood filler, listening to the Beach Boys wind up my summer with their summer hits.  Written when Kennedy, Khrushchev, and Castro were dancing their can-can across the northern Caribbean.

Catch a wave and you’re sitting on top of the world . . . 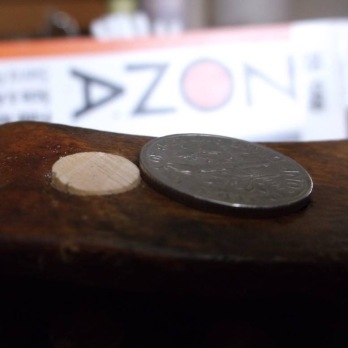 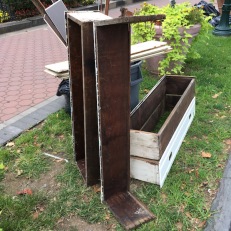 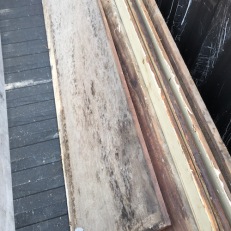 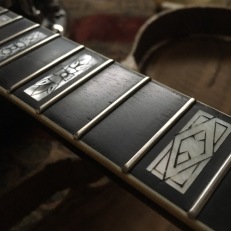 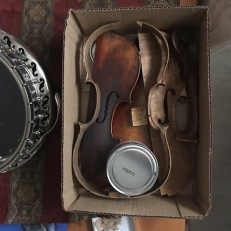 After the failed U.S. attempt to overthrow the Castro regime in Cuba with the Bay of Pigs invasion, and while the Kennedy administration planned Operation Mongoose, in July 1962 Soviet premier Nikita Khrushchev reached a secret agreement with Cuban premier Fidel Castro to place Soviet nuclear missiles in Cuba to deter any future invasion attempt.  – Office of the Historian

This entry was posted in Craftsman / Artist.