WITHIN THE CAVERNOUS Lutheran Church at 5th & Olney, a huge renovation was ongoing.  It was there I first witnessed the genius of a Sloan Flushmate. 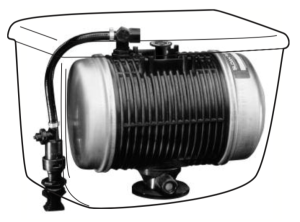 A solitary basement powder room, undiscovered (and unused) by the faithful featured a toilet without handle.  It had a round metal button on top.  Taking the lid off the tank, I found no water.  There was a metal and plastic cylinder instead, with an actuator on top activated via the lid button.

In response to conservation concerns in the early 1990s, low water consumption toilets entered the market place.  Early gravity/siphonage designs were poor •••.  In response, Sloan designed a revolutionary flush mechanism which harnessed municipal water pressure.  Water entered a closed cylinder from the bottom, compressing a quantity of air trapped within. When one flushes the toilet, the compressed air forcefully propels the water into the bowl. Hence the term “power flush” or, as Gerber says, “pressure-assist” toilet.

In the later 1990s a commercial customer trusted her plumber.  Instead of traditional gravity toilets which rely on siphonage, she agreed to purchase a dozen of the new, more expensive “ULTRA-FLUSH” toilets.  Savings were dramatic.  No more weekly service calls for damaged handles or misaligned flappers.  No more ballcocks to replace.  Two decades later, about a third of the original tanks remain in service. 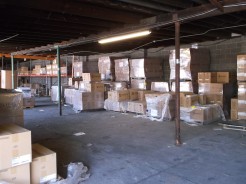 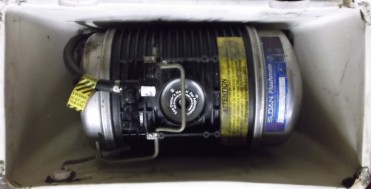 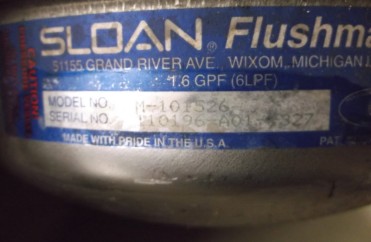 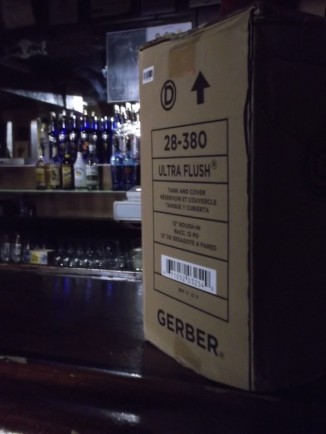 •••  The pros & cons of low-water consumption toilets since the 1992 Energy Policy Act have been tabulated.  Municipalities note water savings but increased sludge within their sewers.