A million, two million years ago, glaciers come and go.  Between the glaciers is a lake.  After the last set of glaciers depart a few thousand years ago, Miwok settle.  Yos s e’meti (Central Miwok) originally referred to the Indian tribe that lived in Yosemite Valley.  Yosemite means literally “those who kill”. – Daniel E. Anderson

Naturally, an Army composed of European settlers kick out the Native American rabble and take the Valley for their own.  From them, the Federal government seize control, give it to California, then eventually acquire it back.

Currently one of the most visited parks in the country, Yosemite Valley nearly reverted into a lake in 2006.  Ferguson Slide came within feet of burying the Merced River’s exit from the valley.  Nature is fragile that way.  When The Big One hits and San Francisco drops forty feet, California’s Central Valley may return to inland sea.  The Sierra Foothills will become beachfront property.

Appreciate it while you can.  As Louis Prima famously sang in 1949, Enjoy Yourself (It’s Later Thank You Think)  🙂 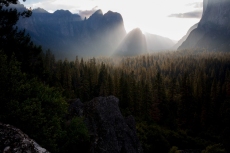 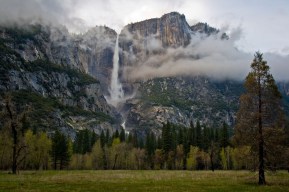 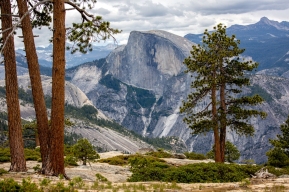 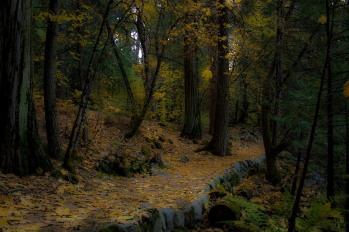 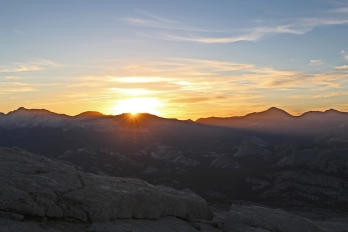