FROM AN ARTIST WHO’S MOST prominent exposure to art may have been Philadelphia Zoo sculptures Coiled Snake  (Ahron Ben-Shmuel), or perhaps the  Black Coopersburg granite Bear and Her Cub  (Joseph J. Greenberg), comes this carved wood item.  A favorite of the kids, this piece has been located near the children’s area of Pat Graham’s book store for the last 15 years.  Absent for a time, Both is now back, having completed an exhibition in Scottsdale. 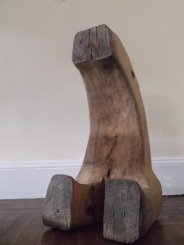 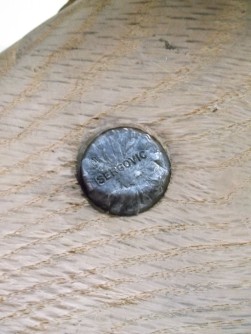 In 2003, on February 12th, Collings completed work on an MT2 mandolin.  This particular instrument was shipped to Medley Music in Bryn Mawr, Pennsylvania, where Hugh bought it to further his career.  This mandolin, #231, made history on the Pork Chop Circuit, as Hugh rose to the top of his genre, playing with great and rising stars of bluegrass.

A dozen years later, while Hugh remains sprightly and twinkling of eye, his MT2 exhibits the years of hard living.  Bright lights, billowing clouds of tobacco, and spilled beer by day.  Juke joint basements, chicken coops, and the occasional horse trailer by night.  A rough life for any instrument, especially for one with pedigree like Collings.

Love, kindness, and sympathy was all the MT2 needed.  It arrived as an instrument loan.  This editor wanted a decent mandolin on which to learn.  Hugh wanted a serious mandolin player in the bluegrass circle.  18 months adoption was arranged.  I got to work.

We tried new strings and a little buffing with Novus.  Decent effort, but frets were still severely potholed.  Major surgery would be required.  Outpatient, true, but invasive none the less.

Gentle buffing of the spruce top and ebony headstock overlay with Novus.  Tuner bushings made a trip to a bench grinder outfitted with buff and compound.  Bushings and tuners installed back on the headstock.  A new nickel cast tailpiece, direct from Collings, replaced the previous stamped tailpiece.  New strings carefully wound back on.  We allowed them to slowly stretch their length.  Interminable minutes as correct bridge placement was established.

Finally, a simple tune.  What a treat!  Frets no longer catch one’s fingers.  Smoother than the water slide at Hershey Park!  String action lower than I’ve ever seen, with no fret buzzing anywhere on the neck!  And warmth!  What body & fullness of tone.  That cast tailpiece certainly contributes.

She again looks the 20-something.  Happy, playful, energetic, serious.  With a refreshed perspective on the world.  Ready to give us what we want, from buttercups swaying in a breeze to buffalo thundering across the plains. 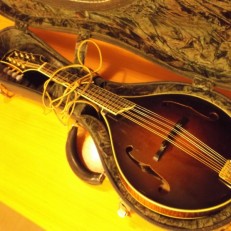 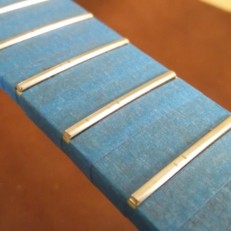 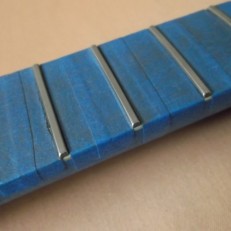 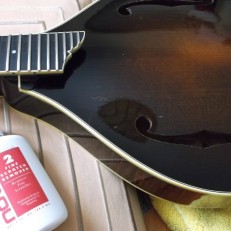 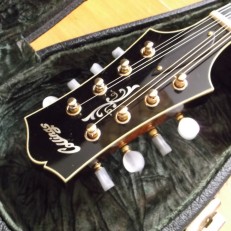 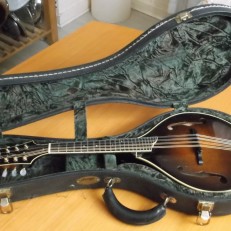